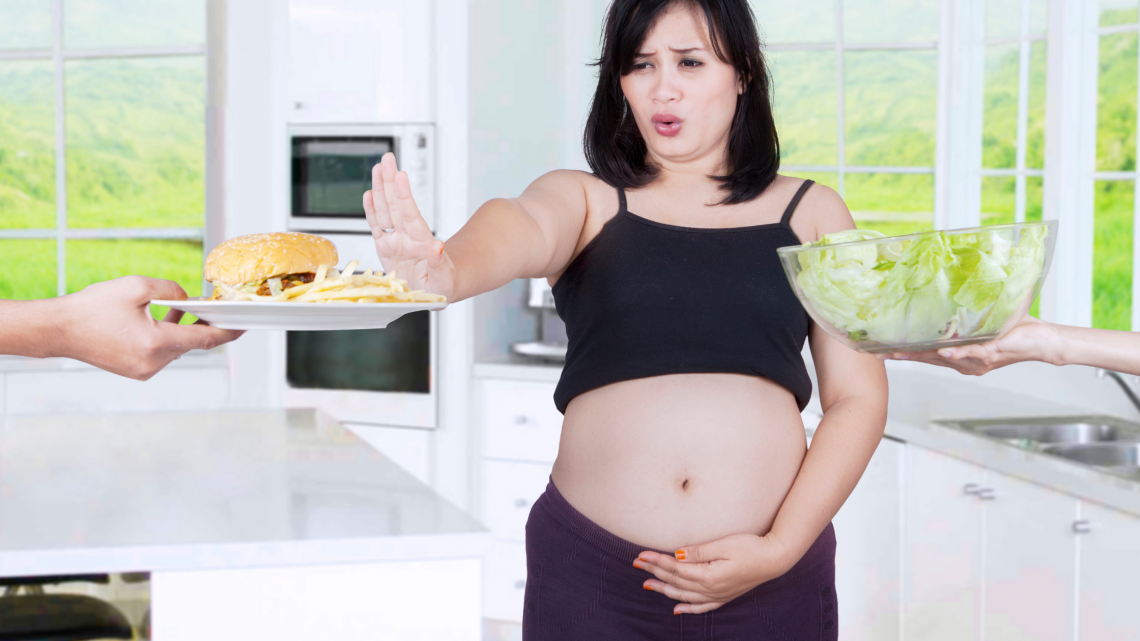 Most women barely notice they are pregnant in the first six weeks, that’s why sensitivity to body changes is important which will guide you to know the foods to avoid during pregnancy, especially in the first three months.

In this article, I will be sharing top foods to avoid in the first three months of pregnancy. It’s pertinent to know that these foods do not imply that you cannot eat them before childbirth, but rather, only during your first month or first trimester of your pregnancy.

Do you want to guess what these foods are? Wink 😉 Don’t be surprised that you might be right. You know what? I am here to scare your appetite, no!

My aim is to share every knowledge I come across that would give your baby all the maximum protection and you as his mother to be, the full support.

You might call it my own support system towards your journey to motherhood. But I am sure you wouldn’t want to harm your baby. Right?

Let us get started! Ready, relax and read!

Many food packs have instructions on how to re-cook the meals contained in them. It’s important that you should take your time to read them before you eat. Such foods include poultry – chicken or turkey.

There’s a high risk of these packed undercooked ready meals which may contain listeria. Research reveals that there’s a risk of toxoplasmosis, which is a tiny parasite found in raw meat which may likely harm the baby.

Some people prefer to drink raw egg or even eat undercooked eggs. This would affect your baby. You should ensure that you cook your eggs very well until the yolk and white are solid. More so, avoid eating foods that contain raw eggs in them.

Cheese is healthy for consumption but soft cheese may be harmful to you during the first month of your pregnancy. The soft cheese is produced from unpasteurized milk which most times contains bacteria that lead to food poisoning.

If you have an irresistible craving for such, then ensure you boil the unpasteurized milk before consuming it.

I understand that part where you just don’t have that energy to go through the stress of kitchen troubles. We opt for packaged and processed foods but they are not always the best for us. These are foods to avoid in the first month of pregnancy because they mostly contain preservatives and little or no calories.

Sometimes, they contain bacteria that cause food poisoning as well. They include cakes, biscuits, microwaved meals, juices, and so on. The best foods to eat are homemade, fresh, and organic meals.

Prior to your pregnancy, you may have loved seafood but it is important that you avoid such meals during the early stage of your pregnancy.

Seafood consists of high amounts of mercury which leads to brain damage of the fetus and also delays the growth of the baby.

I used to be a lover of unripe or half-ripe papaya because of its crunchiness. My gynecologist had to strongly advise me to avoid it immediately I was tested positive and confirmed pregnant.

As much as this fruit looks and tastes good, it may be one of the foods to avoid in the first month of pregnancy. Pineapple contains bromelain which loosens up the cervix and causes miscarriage or preterm labor.

My best take is that you should avoid eating it during your early stage of pregnancy.

Coffee lovers are strictly advised to minimize their intake of this drink, especially in the early stage of pregnancy. Caffeinated drinks should not be consumed in excess because of the side effects they may cause on the baby and mother.

Excess intake can lead to insomnia, and anxiety disorder. The extreme can also lead to miscarriage.

Either as a beverage or drink, alcohol is not healthy for the development of the fetus. It can lead to severe defects at birth. Alcohol addicts may find it very challenging to stop this habit but you need to consider the health of your baby. This would make it pretty easy for you to stop or discontinue until after childbirth.

Sugary meals are foods to avoid in the first month of pregnancy. Research reveals that a pregnant woman needs an extra 300 calories daily for the support of her baby’s growth. But excess intake of sugary foods can lead to weight gain and gestational diabetes.

If anyone had told me that I would prepare some meals without adding my neatly chopped liver into them, I would doubt it; but I did.

During your first month or early stage of pregnancy, liver and other meals containing vitamin A are foods to avoid. Either liver products or sausage, it is not safe and healthy for your baby at this stage.

The liver contains high levels of vitamin A which can be harmful to your baby. So, avoid it! It is quite not easy, but we have to for the sake of our baby’s health. Guess these are the sacrifices to pay as a mother. Thumbs up!👍

Generally, fish is good and healthy for you and everyone if you are not allergic to eating it. Some people are actually allergic to some foods which include fish. As much as fish is good, there’re some types of fish you should avoid during the first month of your pregnancy.

These certain types of fish may include sharks, marlin, raw shellfish, and swordfish because they are high in mercury which could have a negative effect on the nervous system of your baby. You also need to limit some types of fish such as tuna, oilfish, salmon, and so on but kindly seek medical advice before you limit your intake.

Have you read my recent posts on foods to eat during pregnancy to make your baby healthy, beautiful, and intelligent? Common, click here! 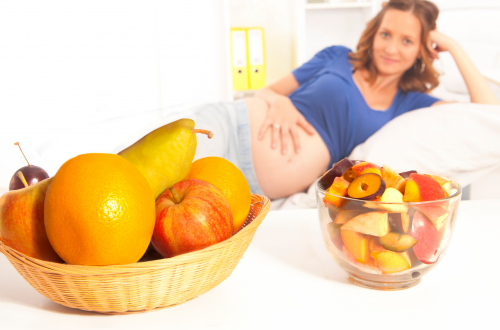 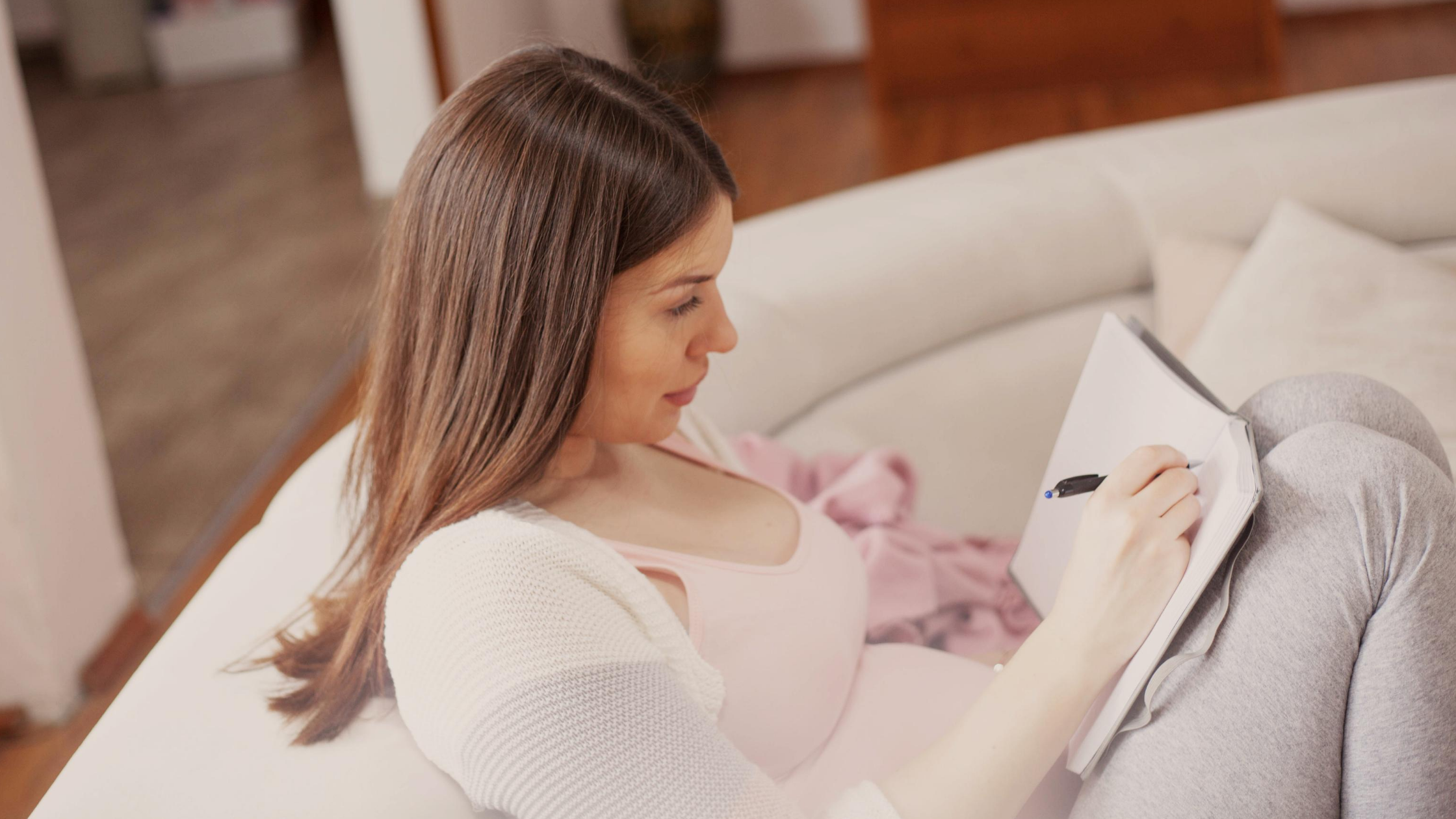 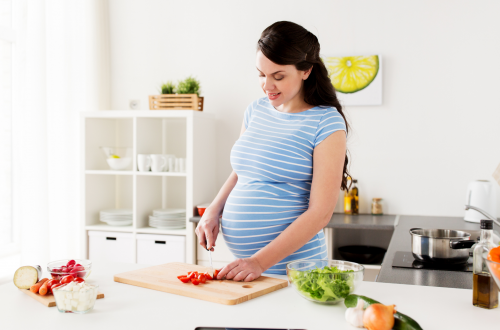